The Horrors of Typography

In the Spirit of Halloween, Anntoine is introducing common type crimes with a horror theme. Some of these bad boys will make you shudder. Some should SCARE YOU TO DEATH! At least as it pertains to your standards in design. We hope you enjoy and Happy Halloween!

It should go without saying, that at this point, every designer is tasked with reiterating that Comic Sans is still misused and abused. Stop it! It’s the bane of every designer's existence. Jerry / Larry / Terry / Barry / Gerry, from Parks and Rec thinks this typeface "always screams fun.” Need we say more? Even the Comic Sans’ creator, Vincent Connare, hates it for what it has become. Again, Gerry likes it... and no one likes Gerry...

Comic Sans is the bane of every designer's existence.

We live in the digital age, not the First Dynasty, yet Papyrus is still used. James Cameron hired a “designer” who chose this typeface to represent the Avatar movie franchise. Millions upon million of dollars in their budget, but they used Papyrus? Don’t fall for this pyramid scheme. People hate this font so much, there are entire blogs devoted to anti-Papyrus and the brands that use them.

Bradley Hand looks like a child wrote it in crayon. It's used with no remorse by sorority girls and John Mayer fans alike. If you want to be taken seriously, then don't use this typeface. If we knew where to find Mr. Bradley, we'd take his hand and throw it in the trash for this abomination.

Curlz is far too busy and convoluted to be used. We struggled to figure out where Curlz would ever be appropriate and not look tacky. It’s not cute, but too many people believe otherwise.

“Like, OMG, this font is like, so not fetch!” ―Eddie“STOP trying to make 'fetch' a thing.” *hair flip* ―Lizzie“In all seriousness, Mean Girls is a pretty funny movie.” ―Eddie

If whatever you’re making is not for a wedding, then why are you using this typeface? Actually, why are you ruining a wedding with Zapfino anyway? Unless you hate the bride and groom, you still shouldn’t be using it. This typeface is hard to read, inconsistent, dramatic, and at times, ridiculous. Just look at that lowercase f. Also, why did they make it bigger than every other typeface? Why would you want to see MORE of it?

If you like being just mediocre, then boy do we have a typeface for you: Times New Roman. Times New Roman is the most basic, default, “I just started typing” typeface ever. It’s loved by 6th grade book reports everywhere! It is not timeless, new, or Roman. It IS deadly though, with it’s pure, unfiltered boringness. You’ve been warned.

Ugh, Bleeding Cowboys is used too often and always stands out in a bad way. It’s too much… everything. We remember being edgy teenagers and wanting to show everyone how different we were by using it. “Oh look at me and how dark my soul is!” You may have seen this typeface in such places as: the perfect tattoo that you’ll regret getting or the album you’re embarrassed you bought before you knew what good music was.

“Oh look at me and how dark my soul is!” — Bleeding Cowboys User

Wait, look! It’s Times New Roman: Adobe Edition. It’s not that Myriad Pro is bad, it’s that it’s the default font in the Adobe Suite. You should never settle for default. We will publicly shame you Walmart and Wells Fargo! In Adobe, no one can hear you scream (shoutout to Alien, 1979).

Mistral is used in the credits of Goosebumps and actually gives us goosebumps. BLERG! (thanks “Liz Lemon” from 30 Rock) Handwritten typefaces are tough. Some are great but, Mistral is not one of them. They should flow naturally. But, unless you get the perfect letter combos and kerning, it looks anything but.

It’s as if the creator of Brush Script wanted to be an artist… but had neither the time, nor the talent to do so. This is the Bob Ross of typefaces (artists know what we mean), but we still love “happy trees.” Much like Bradley Hand and Mistral, bad script typefaces like this should really be avoided. If you have the time, and handwriting, just write it yourself!

In conclusion, there are plenty of typefaces to avoid. There are also horrible examples of typesetting and logos, but we can only handle so much. The typography you use for your projects or business should reflect your own unique personality and should be slightly off the beaten path. But you should definitely avoid the typefaces we listed above, less you anger the "Angry Type Gods" this Halloween.

Oh, and if your business happens to use one of the fonts above then you're in luck! We just so happen to design beautiful and unique logos for businesses everywhere. 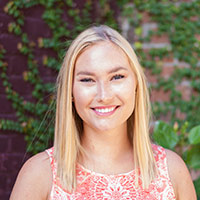 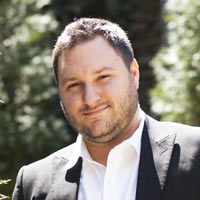 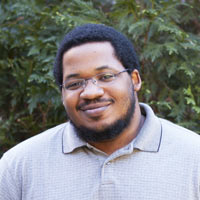 Anntoine Team
Graphic Design
f
Keeping Our Creative Community Connected: 6 Feet Closer Contest
If you are a business owner or individual looking for a creative outlet, now is your time to show us your talent! 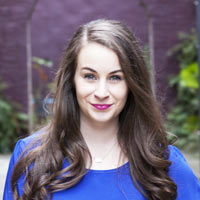